Thuringian Forest is regarded as the “Green heart” of Germany. To some people, Thuringian Forest is the poetic and philosophical soul of Germany. Though it is one of the least known German states amongst foreigners, the Forest enjoys a good reputation especially among the locals who relate well with its history. The region is an upland paradise that covers approximately 4,700 sq kilometers that are blanketed with fantastic woodlands.

The entire upland paradise is covered with unexploited forest that brings life to diverse flora and fauna. The residents and the visitors who come here get to enjoy the fresh and unpolluted air that freshly originates from the vegetation covering the forest.

The upland is also dotted with surprisingly quite yet charming villages with the residents being more than friendly to visitors. The region enjoys quietude such that if you listen keenly as you walk through the villages, you may hear the voices of the great German poets, echoing in the air.

Some of the most talented poets and composers such as the great Johann Sebastian Bach hailed from Thuringian Forest hill town of Eisenach. Fritz Reuter, another great poet, and novelist also hailed from Thuringian Forest. Martin Luther played in the trails of Thuringian forest in his days as a schoolboy. He, later on, spent three months translating the New Testament into German in the year 1521 while living at Eisenach’s Wartburg Castle- a UNESCO recognized world heritage site.

Besides being the land of beauty and magnificent creatures, Thuringian has been a land of heroes. More than 250 years after Martin Luther translated the New Testament; Johann Wolfgang von Goethe translated the entire Bible in the same castle that Martin Luther lived in. This makes most of the people wonder what makes it possible to find so much beauty in such a small place!

Climate in Thuringian Forest
Thuringian Forest enjoys one of the best climatic conditions compared to other regions in Germany. The climate in the area is warm and temperate, and the forest receives significant amounts of rainfall throughout the year. The adequate rains help to keep the wood fresh and vibrant while the warm temperatures enable people to go about their outdoor activities without hindrances.

Languages of the local people
Thuringian people love visitors. It is not uncommon to find residents teaching foreigners the local languages. German is the most common language among Thuringian people although one might notice a slight regional accent in some people.

Other languages that one may across while visiting Thuringian forest include French, Spanish, Russian, Polish and Czech. The other languages are as a result of immigration of people from these countries since there is no established international border in Thuringian.

How to get in
Traveling by air to Thuringian can be expensive. Technically speaking, Erfurt-Weimar is the only airport in this part of the country, and it only connects flights from Mediterranean holiday destinations. If you are considering flying to Thuringian Forest, the chances are that you will take a plane to one of the international airports and then connect to Thuringian by train or road.

Most of the visitors coming to Thuringian use Frankfurt Airport which is well connected internationally and then hires cars from the airport to Thuringian. Once they arrive at Frankfurt, they can also take ICE which takes roughly two and half hours from Frankfurt Airport to Erfurt main station. Plans are underway to shorten the time taken on this route considerably.

One can also opt to take a train to Thuringian. The region is well connected with railway network, and currently, there is the new Berlin-Munich high-speed main line that passes through Erfurt. The high-speed train takes a shorter time to move from one point to another, and it is also cheaper making them an excellent choice for travelers on the budget.

However, since the rail line does not connect to every street, you will more often find yourself in a bus to your final destination. Traveling for long distances by bus in Germany is a new phenomenon since it was legalized a few years back. Therefore, the industry is still in its infancy. Buses are operating on several routes, and their prices are very competitive, most often, beating all other modes of transport. The most important thing is to find a good service provider and then book for transportation in advance.

Getting around Thuringian Forest
Thuringian forest covers an extensive area of about 4,700 sq km. The biggest part of the woods is covered with vibrant green forest cover and trees. All the parts of Thuringian forest are worth strolling around as each area offers an exciting view that is entirely different from the other. The best way to get around this magnificent forest is by following the 168-kilometer length of the parallel Rennsteig cycling and hiking trails.

One of the trails extends from Horschel on the side of River Werra to Blankenstein on the River Saale. The well-defined trail has been in existence since the 19th century when it formed the boundary of the German’s empire’s smaller states.

One can either choose to cycle or walk through the well-defined hiking and cycling trails in the forest and other areas. Visitors seeking to go cycling around the woods can commute in trains where they can also transport their bicycles conveniently.

When visiting Thuringian Forest, one can either choose to go solo or organize hiking and cycling trips in groups. Individuals and groups can hold walks around the forest which give them the opportunity to have an unmatched view of the forest and also to interact with other people.

What to do
The Thuringian Forest is blessed with a plethora of flora and fauna for nature lovers to enjoy exclusive views of the raw Mother Nature. There are numerous breathtaking landscapes with mountains that are nearly a thousand meters high. There are also endless beautiful meadows and woods and also Nature parks such as the Hainich National Park which has a famous Treetop Trail that captivates visitors with its beauty.

The close connection between nature and cultural heritage makes outdoor endeavors in Thuringian extraordinary and fascinating. While walking in the footsteps of renowned world personalities such as Martin Luther and Goethe or Batch, hikers and cyclers alike can get to understand the German classics better.

What to see
There are numerous cultural and natural delights attract visitors from all world to Thuringian. The greatest delights include the dark crevasses of Dragon’s Gorge, flower-robed hillside which is a favorite of lovers, natural moorlands and mountain streams that run through the forest giving life to numerous people, plants, and animals.

Perhaps, the most fascinating feature in Thuringian is found in Ohrdruf. Ohrdruf is a small town on the northern edge of Thuringian Forest. St. Michael’s Church in Ohrdruf’s is where Bach’s brother, Christoph was the organist. It was also the place that gave rise to the rocking horse and the original Kewpie doll.

The surrounding towns also have a rich cultural heritage that is suitable for literature and history lovers. One can get to know about the most famous German writers and poets. There are world-renowned theaters such as Wiemer’s national theater where one can unwind after a long tiring day in the woods.

Food
While visiting Thuringian Forest, one can get the opportunity to taste both local and international delicacies. The most famous local delicacies are the dumplings and the roster. One can easily get these delicacies in any part of Germany, but it is often said that the best Chefs come from Thuringian.

Besides good food, German is also known for her great drinks. Nordhausen is regarded as the liquor capital of Germany. Some visitors can not visit Thuringian without passing by the town. The most important thing to note is that alcohol in Germany is only sold to individuals who have attained the legal age. The legal drinking age for beer and wine is 16 years while that for spirits is 18 years.

Where to stay
Most of the people coming to Thuringian are on a one day trip. However, there are those vacationers who would want to spend a little more time to have an in-depth experience of the place. If so, then you may consider looking for suitable accommodation in the nearby towns.

There is accommodation for everyone in Thuringian. The cost of accommodation covers everyone, those on budget and also the honeymooning couples. Thuringian is a safe place, and therefore there should be no cause for worry for any type of accommodation that one chooses. The most crucial thing is to identify a reputable travel agency to book accommodation in advance. 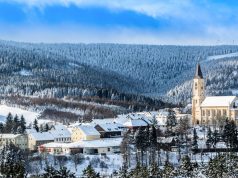 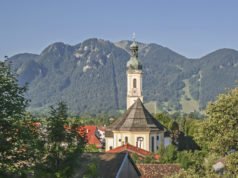 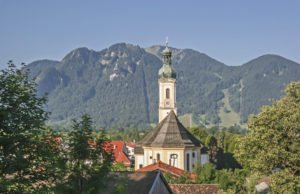 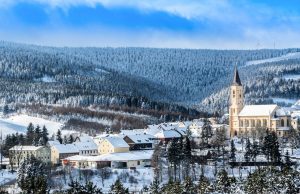